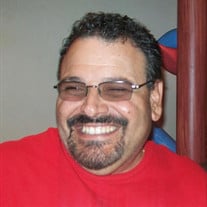 Vito Pasquale Grimaldi, Sr., 63, passed away on March 4, 2021, in Celebration, Florida. He was born on September 22, 1957, in Somerville, New Jersey to the late Hugo J. Grimaldi and Jennie Albano Grimaldi. He was raised in Margate, Florida and a die-hard Miami Dolphins fan. He has been a resident of Sebring since 1992 coming from Christiansburg, Virginia where he graduated from Radford University in Radford, Virginia. He proudly served as a Montgomery County Sheriff's Deputy for five years before transferring to the Christiansburg Police Department where he served for six additional years. Once he moved to the Sebring area he worked for the Florida Department of Corrections as a Probation Officer and then transferred to the Department of Children and Family where he was an Adult Protective Investigator. He was a Bail Bondsman for a stint before working at the Florida Institute of Neurological Rehabilitation (FINR). He was also a process server in his spare time and a member of the Elks Lodge No. 2661 in Lake Placid, Florida. The thing that was most important to him was his family. He was very proud of and loved his family. He was survived by and a proud father of four children, Vito P. Grimaldi, Jr. (Cindy) of Tampa, Florida; Robert J. Grimaldi of Orlando, Florida; Ruth Anne Lawson (John) of Sebring, Florida; and Daniel B. Grimaldi of Orlando, Florida. He had two grandchildren, Vito P. Grimaldi, III and Michael Luca Grimaldi. Former wife Elizabeth Schwalenberg; girlfriend Cystel McCullough and her son Nathaniel McCullough who has two children Gaige and Lucas McCullough. He also leaves behind his beloved cat, Smudge. Surviving also four siblings; Hugh J. Grimaldi (Virginia) of Lake Placid, Florida; Donna Brown (Bill) of Frederick, Maryland; Catherine Jablonsky (Dan) of Stuart, Florida; Sal Grimaldi (Karen) of Lancaster, Pennsylvania. He also is survived by numerous cousins, nieces and nephews. Arrangements entrusted to Sunset Memory Gardens and Funeral Home, 11005 N US Highway 301 Thonotosassa, Florida 33592. A viewing will be held on Thursday, March 25 from 10 a.m. to noon with a service to follow. Viewing will be live-streamed from sunset-fh.com under his obituary. A Celebration of Life and Memorial Service will be held on Sunday, March 28 starting at 11 a.m. at the Lake Placid Elks Lodge No. 2661 located at 200 CR 621 E. Lake Placid, Florida, 33852.

Vito Pasquale Grimaldi, Sr., 63, passed away on March 4, 2021, in Celebration, Florida. He was born on September 22, 1957, in Somerville, New Jersey to the late Hugo J. Grimaldi and Jennie Albano Grimaldi. He was raised in Margate, Florida and... View Obituary & Service Information

The family of Vito Pasquale Grimaldi Sr created this Life Tributes page to make it easy to share your memories.

Send flowers to the Grimaldi family.