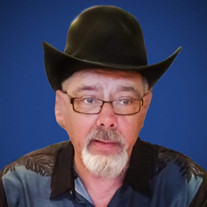 Thomas Eymann Dietrich, 68, of Tampa, FL, passed away on January 8, 2021 after a valiant battle with Covid 19. Thomas (Tommy) was born on May 28th, 1952 to Robert and Elizabeth Dietrich in Zurich, Switzerland. At 3 years of age, Tommy and his family moved to Old Greenwich, CT to start a new life. When he was 13, he became a US citizen. He graduated from J.M. Wright Technical High School in Stamford CT and returned to Switzerland to study Culinary Arts at Gerwber Culinary School in Zurich. After Culinary school, he landed his first job as a Chef for Lakeover Golf and Country Club in Bedford Hills, New York, kicking off a 40-year career in Culinary Service. He was one of the chefs that opened Universal Studios Orlando in June of 1990 and he later owned and operated the Tampa Street Café and Catering in October 2012. In June of 1976, he met Barbara (Nidetch) Dietrich, and they wed in August 1976, going on to have one child, their daughter Jamie Rachel Dietrich who, sadly, passed away in November of 2004. After retiring in 2016, Thomas spent his time volunteering with the Bereaved Parents of the USA national organization and the local BPUSA Tampa Bay Chapter. His hobbies included cooking and working on his Hot Wheels Car Collection. He is survived by his wife, Barbara Dietrich; his father Robert Dietrich and his wife Bennie; his sisters, Yvonne and her husband Robert Ercole; Nancy and her husband Gregory Kotzur; his brother, David and his wife Mary Dietrich, his brother–in–law Louis Russo Jr and many nieces and nephews. Thomas is predeceased by his mother Elisabeth Eymann Dietrich and sister-in-law Marilyn Russo. A Celebration of Life will be held at a later time when it is safe to gather. In lieu of flowers, a donation can be made to Bereaved Parents of the USA via Facebook or you can mail a check to BPUSA Treasurer, Charlotte Jackson, 34 Parish Lane, Lake Katrine, NY 12449, in memory of Thomas Dietrich

Thomas Eymann Dietrich, 68, of Tampa, FL, passed away on January 8, 2021 after a valiant battle with Covid 19. Thomas (Tommy) was born on May 28th, 1952 to Robert and Elizabeth Dietrich in Zurich, Switzerland. At 3 years of age, Tommy and his... View Obituary & Service Information

The family of Thomas Eymann Dietrich created this Life Tributes page to make it easy to share your memories.

Thomas Eymann Dietrich, 68, of Tampa, FL, passed away on January...

Send flowers to the Dietrich family.