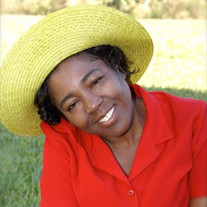 Noemie Michel was born November 13, 1952 in Jacmel, Haiti to Brienne and Gabriel Michel. She is the first born of her 5 siblings, which include sister Britanite Michel Frederique(deceased) her sister Finette Michel Philogene, her brother Fanfil Michel, her brother Ousev Michel, and her sister Necita Michel Charles. In 1976 she married her childhood friend Jean-Eddy Douillard(deceased). They had their first born son Jean Nathaniel Douillard, followed by five more children: Jean-Philippe Douillard, Eddymie Douillard-Wooten, Fabiola Douillard-Freeman, Esther Douillard Joachin, and Jobeth Douillard Marcelin. In 1983 she seized the opportunity to come to the U.S. to start a new life. Once here, she worked her way up to being a business owner. She started as a migrant worker picking agriculture in the fields in Homestead, Florida. She then gained employment at McDonald's, ultimately becoming manager, while putting herself through nursing school. While working as a nurse, she was also working as an Avon sales woman. She then later discovered that she did not have to work for anyone but herself and, with God's grace, opened up her very own boutique. She also invested in properties to supplement her income and put her children through college. She obtained the American dream. Noemie wanted to pass forward the blessings God has bestowed upon her, so she started and completed a project in Haiti where she built a church and school to help those that were less fortunate. She worked diligently to send goods and services to people less fortunate that were in need. She did all of this to spread the love of God that was burning inside her. Noemie was a well known, respected woman of God, especially in the city of Homestead where she would tell everyone that she encountered about the love of God. She not only loved her family but every single person that she encountered. There are so many lives that were impacted by the beautiful life she lived. She not only talked about the Word of God but she lived the word of God, and taught every one of her children and grandchildren to do the same. We are grateful for her role in our lives, and are honored to call her mom, sister, aunt, grandma, friend, and most importantly, child of God. She will be dearly missed, but we take in the comfort in knowing that she is resting safely in the arms of God. "We are confident, I say, and willing rather to be absent from the body, and to be present with the Lord" -2 Corinthians 5:8 A service for Noemie will be held on Saturday, June 6th, at Sunset Funeral Home at 2:00pm. The family will receive visitors an hour prior, from 1:00pm to 2:00pm. Committal will follow immediately after the service in Sunset Memory Gardens.

Noemie Michel was born November 13, 1952 in Jacmel, Haiti to Brienne and Gabriel Michel. She is the first born of her 5 siblings, which include sister Britanite Michel Frederique(deceased) her sister Finette Michel Philogene, her brother Fanfil... View Obituary & Service Information

The family of Noemie Douillard-Francois created this Life Tributes page to make it easy to share your memories.

Send flowers to the Douillard-Francois family.