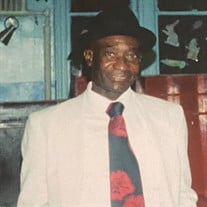 Llewellyn Alexander Gayle was called home on October 6, 2020 at the St Joseph’s Hospital, Tampa Bay, Florida. He was a blessed son, father, grandfather, great grandfather, father in-law, brother, uncle, husband, nephew and friend. Llewellyn was born on January 21, 1930, in Kingston, Jamaica to Mary Cornwall and Norman Gayle. He was the third child of his mother Mary. He was predeceased by his wo siblings Vincent and Ivy. He grew up in Whitfield Town, Kingston, Jamaica, with his Mother Mary and his Sister Ivy. They were a closely knit family of three. In his early years, he attended the Whitfield Town Primary which was attached to an Anglican Church where he attended church. He was a good student.in Primary School and was rewarded with a coveted scholarship to St. Simon College, located on Duke Street in Kingston. St Simon’s was considered a prestigious school at the time. Upon graduation from St Simon’s, his dream was to become a draftsman/architect or design engineer. However, his dream had to be put on hold due to his unforeseen circumstances. Whilst waiting to pursue his dream, Llewellyn got a job at the Whitfield Town Post Office. He was hired as a uniformed mailman. He was a real people person and reveled in meeting and greeting people in the community. He was notably very hard working and was very well liked and respected by his colleagues. He was eventually promoted to working in the office at the Kingston Post Office on Tower Street, Downtown. Llewellyn met our mother, Norma on Nelson Road.in Whitfield Town. They got married in February 1954 and went on to become the proud parents of four boys, Glenford, Michael, Donald and Oswald. He was a good provider and worked hard for his family. In 1963 Llewellyn migrated to New York. in continued search of his dream to become a draftsman/architect. He commenced a degree program at the New York Institute of Technology. However, due to immigration related issues he was unable to complete the program. He later went on to divorce Norma and got married to Dorothy in New York. In need of employment, he began driving a taxi cab in New York. This became his main source of income and eventually he made a career out of it. To supplement his income, he also delivered lunches to schools and had a part time job as a security guard. Llewellyn loved New York and genuinely enjoyed the fast-paced lifestyle. He was very energetic and lived his life with passion. He loved most sports, but baseball, soccer, boxing and cycling had a special place in his heart. Having lived a full and busy life in New York, he decided to retire to Georgia with his wife Daphne. They were eventually divorced. He went on to relocate to Tampa Bay, Florida where he bought a house. He made himself extremely comfortable there and enjoyed spending his leisure time at Busch Gardens Amusement Park. Unfortunately, Llewellyn suffered a stroke in January 2018 and had to be hospitalized. He was discharged from the hospital to a Nursing Home where he spent, he spent the past two years. In the past few months, he had struggled with various bouts of health complications and had to be in and out of St. Joseph’s Hospital. It was there that he eventually died from COVID19 related complications. He was one of the best liked residents at the Nursing Home. The staff at the Nursing Home fondly called him Uncle Ben or Uncle”. Llewellyn was a man of action, as well as words. One of his favorite sayings was “what can I say, what can I do?” But he lived his life on his own terms. He was "on the ball". He walked his own walk and talked his own talk. He did it his way. He had a great sense of humor and an infectious laugh. He was very charismatic. People enjoyed being around him. Llewellyn sadly leaves behind four sons Glenford, Michael, Donald and Oswald and daughters-in-laws and several grandchildren and great grandchildren. We will all forever love, honor and respect your memory and may you rest in eternal peace A memorial service will be held on Saturday, October 17th, at 1:00pm at Sunset Funeral Home. The family will receive visitors an hour prior, from 12:00 to 1:00.

The family of Llewellyn A. Gayle created this Life Tributes page to make it easy to share your memories.

Send flowers to the Gayle family.