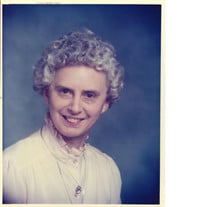 Mary June Priest, 89, of Lakeland Florida, died December 15, at Arbor Oaks Lakeland Hills. June was born November 27, 1931, in Hopkinsville, Kentucky to Raimey and Marie (Jones) Butler. She attended High School in Kentucky, later moving to Florida with her parents. She met Raymond Elvin Priest in Tampa through friends and the two had their first date at Bok Tower Gardens. They were married in Tampa on August 11, 1956. June worked as a Clerk Typist at the James A. Haley VA hospital in Tampa for many years. She attended Seminole Heights Baptist Church with her family and became a Girl Scout leader in 1979 to help her daughter Ginger with her first troop. She is survived by her daughter: Ginger Futch (Charles); sons: Garry Priest (Sharma), Gregg Priest, and Garnet Priest (Maggie); seven grandchildren: Haley, Melody, Natalie, Adam, Maeghan, Aver and Degory, and great-grandchild; Averie. She was preceded in death by her husband: Ray; brothers: David Butler and Johnny Butler; and sister: Patsy Hills. Visitation will be held from 10:00 AM to 11:00 AM, Tuesday, December 22 at Sunset Memory Gardens, 11005 N, US-301, Thonotosassa, FL 33592, followed by a funeral service at 11:00.

The family of June B Priest created this Life Tributes page to make it easy to share your memories.

Send flowers to the Priest family.