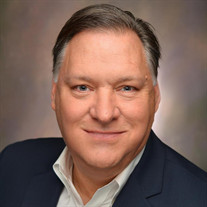 Jeffrey Alan Daniels was born on August 31, 1956 in Racine, Wisconsin. The second youngest of six boys, Jeff said that he quickly gained the skills of independence and self-sufficiency. At the young age of 12, he took on his very first job on a paper route. From that day forward, his work ethic only grew. Jeff’s work history is impressive, from paper boy, to gas station attendant, to retail associate in his youth to sales management and real estate in his adulthood. He believed that, should a responsibility be required of him, it would be his mission to exceed it. His character and hard work were especially obvious in his 30 years as a realtor. He spent time at SunCove Realty, ReMax, Keller Williams, and then finally at Coldwell Banker where he worked diligently, even as his cancer progressed. Jeff, undeterred by his personal situation, continued to treat his clients with respect and priority. As successful as Jeff was in his career, relationships were the area he really shined. He was a devoted husband to his ‘young bride Jean’ as he never stopped calling her. He was a loving son, brother, and friend to many. Jeff quickly made family of his clients, of his fellow church members, and of anyone else who was fortunate enough to have their path cross his. His impact was far-reaching and the multitude of those relationships are the beautiful legacy he leaves behind. Jeff is preceded in death by his parents, John S. Daniels and Arlene P. Daniels, as well as two brothers, John S. Daniels, Jr. and David B. Daniels. He is survived by three brothers, Jim (Trudy) Daniels, Dan (Alice) Daniels, and Don (Liz) Daniels, his daughters of the heart Jesika (Kevin) Knight, Gynafer (Dan) Hollingsworth, five Godchildren, Layla Knight, Bryson Knight, Jordyn Knight, Harper Hollingsworth, and Jett Hollingsworth, as well as a long list of people who call him family. Jeff loved his country, his family, his church, and his career, but all of that pales in comparison to his love for the Lord. His deep faith and hope in Christ are what carried him through his final years on earth. He held onto Psalms 71:14 which says, “As for me, I will always have hope. I will praise you more and more.” We will continue to hold onto that scripture in his absence from earth, knowing that he now rejoices in heaven where we will one day be reunited with him.

Jeffrey Alan Daniels was born on August 31, 1956 in Racine, Wisconsin. The second youngest of six boys, Jeff said that he quickly gained the skills of independence and self-sufficiency. At the young age of 12, he took on his very first job on... View Obituary & Service Information

The family of Jeffrey Alan Daniels created this Life Tributes page to make it easy to share your memories.

Send flowers to the Daniels family.