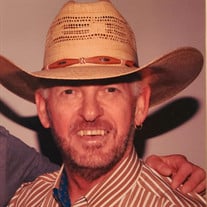 Scott, James Robert (Jim), 73, passed unexpectedly November 18, 2021, from complications of open-heart surgery. He is survived by his wife of 29 years, Diana, and three children, April (Bernie) Schlesiger, Chris (Mindy) Scott and Deidre Scott (deceased.) His sister, Candace Dummitt, and two stepsons, Cris (Lisa) Randall and Thomas (Julie) Townsend. Grandchildren include Jude Scott, Charlie and Maggie Townsend and Kevin Randall. His mini poodle, Jackson, will certainly miss him. Jim has been retired from fulltime employment for 11 years but has worked parttime as produce clerk for Winn Dixie for 9 years. He enjoyed two-stepping with Diana and could be found every Friday and Saturday night at the Dallas Bull Country Club drinking his Crown, dancing and swapping stories with his many friends who would stop by to say hello. He enjoyed the time with all of them and looked forward to hearing about their lives and what was important to them. Jim was born in Vanceburg KY, April 27, 1948. He spent most of his adult life in Columbus Ohio, where he met Diana, they married in 1992, and moved to the Tampa FL area in 1993. Although he lived in Florida, Jim was a Kentucky Wildcats basketball fan and he loved the Ohio State Buckeyes football. One of the joys of his life was spending time with his best friend, Lewis Surratt. They spent many hours together just being “buddies.” Also, dear friend and neighbor, Colin Chalmers (deceased) held a special place in Jim’s heart. Many knew and loved Jim, too many to mention, but he loved you all. Cremation will be followed by a memorial service at a later date.

The family of James Robert Scott created this Life Tributes page to make it easy to share your memories.

Send flowers to the Scott family.