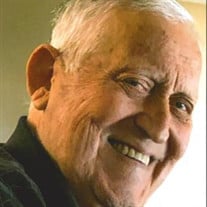 Jack L. Smith, 85, succumbed to pulmonary fibrosis/dementia while under hospice care in his home in Valrico, FL, and met his Savior face to face in the early morning hours of September 13, 2020. Jack, the 4th of 5 children, was born in Bedford, Indiana in May 1935 to Chester Smith and Dorothy Smith (Deckard). He met Judy, his loving wife of 58 years, in 1957 in Bloomington, IN working alongside her mother at a dry cleaners. They began dating on May 10, 1960 and were united in holy matrimony on April 22, 1962. Jack spent his entire adult life in the dry cleaning business, either as an employee or an owner. Besides God, and his family, dry cleaning was his passion, and he was never so content as when you would ask him how to remove a spot from your clothing! He owned 18 dry cleaners and 1 laundromat in Illinois from 1969 to 1977. The family then moved from Danville, Illinois to Brandon, Florida and opened a small chain of dry cleaners in 1980 named Quality Dry Cleaners, Inc. Jack decided to retire in 1993, but discovered he just couldn’t stay away from the business. He re-entered the industry opening another small chain of dry cleaners under the same name in Plant City, Florida in 1995. Although he permanently retired in 2003, he never stopped talking about his love for the business to anyone who would listen. Jack was an Evangelical Christian. He was a charter member of Brandon Fellowship Baptist Church in Brandon, FL where he served for several years as a trustee. He believed God’s word was true, and he taught it to his family, as well. In his younger days he enjoyed hunting in Colorado or deep-sea fishing with his brother, Gene, and he loved to watch professional wrestling every Saturday. He was also an avid bowler, and was asked to go professional at one point. In his middle years he enjoyed travelling with his family when possible and being a grandpa. And in his later years, his favorite things to do were to visit with his family and watch westerns on TV all day. Jack was a very generous man. He was always ready and willing to give a hand to anyone who needed it. He was a jack of all trades, and his whole family thought he could fix any problem that came their way! He was the “go to” guy for everything, and his family is left with a void that will likely never be filled! He is proceeded in death by several cherished family members: father Chester Smith, mother Dorothy Deckard Smith, stepmother Edna Smith, sisters Esther Jacobs (Bill) and Peggy Hollingsworth, brothers Clinton “Gene” Smith (Ann) and Robert Smith, stepbrothers Danny Myers and Bob Myers (Connie), son-in-law Mustapha Ait-Mhaned (Angela), nephew Michael Smith (Jeneth) and niece Jill Anderson (Terry). We know he is having an amazing family reunion in Heaven right now, and we take comfort and rejoice in that! He is survived by: wife, Judith Ann Lowe Smith, daughters Angela Ayes-Martin (Hector) and her children Samira Ait-Mhaned (partner Salvador Romero) and Layla Ait-Mhaned of Seffner, Florida and stepson Tyler Ayes-Martin of Zephyrhills, Florida; Julie A. Deckard and her children Nichol Grey (Steve) and Mathew Deckard (Nikkita) of Bloomington, Indiana; Patricia Speicher (Bill) and her children Jason Wilkerson and Joshua Wilkerson both of Bloomington, Indiana; Sherry Wagoner (Lee) of Springboro, Ohio and her children Bridget Scott (Steve) of Zionsville, Indiana and Julie Tincher (Derek) of Springboro, Ohio; Karen Jessee (Pete) and her daughter Nicole Nethery (Jason), sons Randy Smith (partner Janet) and his children Sharla Smith (Kip) and Jennifer Hickman; John Simpson and his son Nic Yoder (Jessica) of Indiana, stepsister Vicki Butcher (Denny) and her daughter Denae of Bedford, Indiana, stepbrothers Charlie Myers (Doris) of Ellettsville, Indiana and his children Dana and Candace; Terry Myers (Connie) and his children Jeremy and Jessica all of Owensburg, Indiana, nephew Ronald Jacobs (Sharon) of Indiana, nieces Betty Allen (John) of Florida; Jackie Axsom (Lee) of Indiana; Teresa Miller (David) of Indiana; Darlene Lane of Indiana, Peggy Marie Robison (Ray) of Illinois, Sherrie Covey (partner Juan) of Indiana, and Donnetta Burgess (Jason) of Illinois, sister-in-law Viva Rimes of Florida and her children Anna Lowe of Florida; Robert Cormier of Florida; Cathy Cormier of Tennessee, and Charles Cormier of Florida, brother-in-law Charles Lowe (Ramona) and his children Duane of Florida and Dawn, several great nieces and nephews including Emily Wright, John Otis and Brodie Lowe who knew him best, and 24 great grandchildren. We wish to especially acknowledge Jack’s nieces Donnetta Burgess NP, Peggy Marie Robison RN, and Sherrie Covey CNA who flew from Illinois and Indiana to Florida at a moment’s notice to assist in caring for their Uncle Jack in his final days. When his immediate family was struggling from lack of medical training, their selflessness was invaluable. We can never thank you enough!! Live streaming will be available for viewing the service. Contact the funeral home for information about this. Visitation, service and interment will be held at Sunset Memory Gardens at 11005 N. US Highway 301 Thonotosassa, FL 33592 on Friday, September 18, 2020. Visitation begins at 10am, service begins at 11am with interment to follow immediately.

Jack L. Smith, 85, succumbed to pulmonary fibrosis/dementia while under hospice care in his home in Valrico, FL, and met his Savior face to face in the early morning hours of September 13, 2020. Jack, the 4th of 5 children, was born in Bedford,... View Obituary & Service Information

The family of Jack L Smith created this Life Tributes page to make it easy to share your memories.

Send flowers to the Smith family.