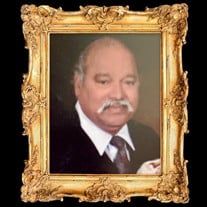 Geevarghese Samuel, 77, passed away on June 26, 2020. He is lovingly remembered by his wife of 50 years, Annamma Samuel, and two sons, Varghese and Shaun, as well as his daughter-in-law, Lolita. He will also be forever remembered by his two granddaughters, Alycia and Cecilia; and brothers and sisters, Mrs. Mariam, Mrs. Sara, Mr. George (Chicago), Mr. Varghese (NY). He was preceded in death by his brothers and sisters, Dethose, Pappachen, and Thomas. Mr. Samuel was born in Kayamkulam to the late Geevarghese and the late Sosamma of Allumuttil House, Kappil East. He was the fifth of eight children and a well-respected Naval Petty Officer for 15 years in the Indian Navy. He married Annamma Samuel in 1970 and came to America in 1976 to start a new life. Soon after, he was appointed as the Head of Public Safety at St. John’s University and remained in that position for more than 25 years. He was dedicated to his job and made many friends along the way. Mr. Samuel lived in Queens, NY for many years with his family and was part of a strong community of Malayalees. He was also an active member of the Long Island Mar Thoma Church, and his faith was a very important part of life. After retiring in 2003, he and his family moved to Tampa, Florida, where they attended St. Mark’s Mar Thoma Church. His hobbies included singing, cooking, and making others laugh. Mr. Samuel was a generous and compassionate man, never hesitating to help those in need. He will be deeply missed by his family members. A wake will be held from 9:30 AM to 11:30 AM Tuesday, June 30, 2020 at St. Mark's Marthoma Church with Burial to follow at Sunset Memory Gardens in Thonotosassa.

Geevarghese Samuel, 77, passed away on June 26, 2020. He is lovingly remembered by his wife of 50 years, Annamma Samuel, and two sons, Varghese and Shaun, as well as his daughter-in-law, Lolita. He will also be forever remembered by his two... View Obituary & Service Information

The family of Geevarghese Samuel created this Life Tributes page to make it easy to share your memories.

Send flowers to the Samuel family.