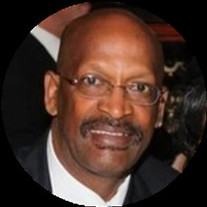 It is with great sadness to announce that Donnie N. Hausey I, 70, of Brandon, FL passed away at home surrounded by family on Thursday, September 2, 2021, following a long illness. Donnie is survived by his loving wife of nearly 49 years, Glenda Hausey, his sons Donnie N. Hausey II (Shannon), Jay Hausey (Amber), and Jared Hausey, his grandchildren Jay D. Hausey, Naomi Hausey, Jaenon Hausey, Jared Hausey and Desmond Hausey; his sister Annie Mae Franklin (Alton), his brothers Ricky Stanley (Rose), Chester Stanley, Albert Stanley (Stephanie) and Michael Stanley (Nina), and many nieces, nephews and other family. Donnie was preceded in death by his parents Lafayette D. Hausey and Alzetta White, his sisters Patricia Hausey, Santa Robinson and Irene Fae White, and his brother Kenneth Stanley. Donnie was born in Jackson, Louisiana and spent the early years of his life there. He graduated from Clinton High School in Clinton, LA in 1969. After a short stint working at Miller's Funeral Home, he joined the United States Air Force, serving from 1970-1980 in Vietnam, Germany, Turkey and Greece. In 1972, Donnie met his life partner, Glenda, in Biloxi, MS at Keesler Air Force Base. They married on November 11, 1972 in the Base Chapel at McChord AFB in Tacoma, WA. Following Donnie’s military career, he worked in a variety of fields including sales, finance and security. Later in life he took to the road as a cross-country truck driver and owner/operator, and for over 12 years he hauled loads from Florida to California, and everywhere in between. He loved to travel and had an uncanny ability to navigate any road and find his way to any destination. He is what they would call a “human compass”. His wife joined him on the road for 5 of those years, and they made many wonderful memories as they traveled the country together. Donnie was a strong, generous, loving and intelligent man. Above all, he was dedicated to his family. He was very well read, always seeking out ways to grow his knowledge on a variety of subjects. He was also quick-witted and had an engaging personality, which made it easy for him to endear himself to people from all walks of life. When he walked into the room, he was instantly the life of the party with an infectious laugh and tremendous sense of humor. Donnie had a great passion for music and dancing. It was important to him that his children and grandchildren learn and appreciate how music enriches a person’s character, promotes positive energy and creates a sense of joy. His ability to read music and play various instruments including the drums, piano and guitar helped to instill those values in his family. He was a Drum Major in High School, and he enjoyed watching his sons follow suit by playing in their school bands or creating music at home. Donnie’s love for music leaves a legacy that will live on through the family for years to come. Donnie will be laid to rest with military honors at the Florida National Cemetery near Bushnell in Sumter County, FL. In lieu of flowers, the family would prefer that donations be made in remembrance of Donnie, in his name, to the Alzheimer’s Association.

It is with great sadness to announce that Donnie N. Hausey I, 70, of Brandon, FL passed away at home surrounded by family on Thursday, September 2, 2021, following a long illness. Donnie is survived by his loving wife of nearly 49 years, Glenda... View Obituary & Service Information

The family of Donnie N. Hausey I created this Life Tributes page to make it easy to share your memories.

It is with great sadness to announce that Donnie N. Hausey I,...

Send flowers to the Hausey family.